Back that thing up!

Did you know that June is Backup Awareness Month? Yeah, I didn’t know either until I saw a recent post by Backblaze.

I am, however, fully aware of the importance of a good file backup system.

As for me, personally, I run my business pretty much 100% paper-free. I take digital notes on my iPad with Evernote. I keep digital copies of all of my receipts and throw (I mean recycle) any physical paper copies. I don’t even use deposit slips at the bank anymore: I make any check deposits straight through the ATM and have the receipt emailed to me.

Until earlier this year, I have never had a hard drive completely crash on me. But in the past few months, I have had not one, but two hard drives crash.

The first one wasn’t that big of a deal. It was essentially just a 1 TB external hard drive that I was using for Time Machine backups. As this post implies, backups are good, right? Luckily, the MacBook Pro that I was backing up didn’t crash at the same time so replacing that drive was no big deal.

The other hard drive crash, however, was catastrophic.

One of the problems with upgrading computers on a regular basis – typically every two or three years for me – is that you don’t always transition all the files from one machine to the next with each upgrade. That was the case with my beloved Dell Optiplex desktop computer originally purchased in 2006.

This machine was an upgrade from a previous Compaq Presario notebook that I purchased around 2003. In 2005, my wife and I welcomed our first child into the world. We also started taking a ton of digital photographs. These files were initially stored on the Compaq and then transitioned to the Dell in 2006.

In 2007, we welcomed our second child and again, gradually loaded a ton of digital images onto the Dell.

Note that at this time I was NOT using any sort of file backup system other than occasionally burning some images to CD or uploading to Flickr and Picasa.

In 2008, I started my business and invested in a new Dell Inspiron notebook. It didn’t have the storage of a desktop so I never transitioned the growing archive of images. We hung on to the Optiplex and continued to use it for general computing and eventually it became our “media center” PC as we use it to watch Hulu on our TV.

Eventually, I kind of forgot about it. And I completely forgot what was on it.

The day the hard disk died

Well, a few months ago I went to turn it on to watch some shows on Hulu. The first Dell screen came up and then “click-click-click…beep.” Then a simple message about not being able to load from the primary drive.

I tried again…and again…”click-click-click…beep.” Why in the world was the hard drive clicking?

After some intense searching on Google, I came to find out that I was experiencing the hard drive “click of death.” This was a very very bad thing. Essentially it meant that my hard disk was completely shot. There was nothing I could really do about it. My data was lost.

At the time I remember thinking that we didn’t really have much valuable data on that drive. If there were pictures, I figured we had most of them backed up online.

Yet, I wondered if there might be more on that computer than I could recall. It had been years since we used it as primary data storage. I decided that I needed to see if I could at least get that drive working for a few minutes to try to rescue what little data was on it.

The hard disk freezer trick and a few good whacks

After doing some more research, I learned that quite a few folks have been able to rescue their data from hard disks experiencing the click of death by putting the drive in the freezer. This, supposedly, would shrink the parts of the disk slightly and allow a person to rescue data. I figured it couldn’t hurt.

On the first attempt, I put the drive in two ziplock bags and into the freezer overnight. I hooked it up again the next day (using the USB enclosure of failed hard disk #1) and was still getting the click of death.

For the second attempt, I gave the drive a week to cool off. Again, I hooked it up and, again, nothing but the click of death.

The third attempt allowed the drive to experience my nice cold freezer for an entire month. Last week I pulled it out in a final desperate attempt to restore my data. I hit the power button and again, the click. But the click sounded different from before.

Given this tiny ray of hope, I remembered that some folks had mentioned giving the hard disk a few good whacks. Hey, it hadn’t worked in over a month. What did I have to lose?

I gave a few solid punches to the drive, hit the power button…and the clicks were gone. At one point I could hear a faint click start, but then I applied pressure to the top of the drive (later replaced by some books – one was the Bible – and other heavy objects), and I was good to go. The drive was connected to my trusty MacBook Pro and I was able to browse the files on the drive.

I was shocked to find over 50 GB of precious photos in the My Pictures folder. As quickly as I could, I dragged the folder to the desktop of my MacBook and anxiously waited over 20 minutes for the process to complete. When it was finished I checked the local copies and everything was there.

There ended up being a huge quantity of photos on that drive that we didn’t have stored anywhere else. Pictures like this: 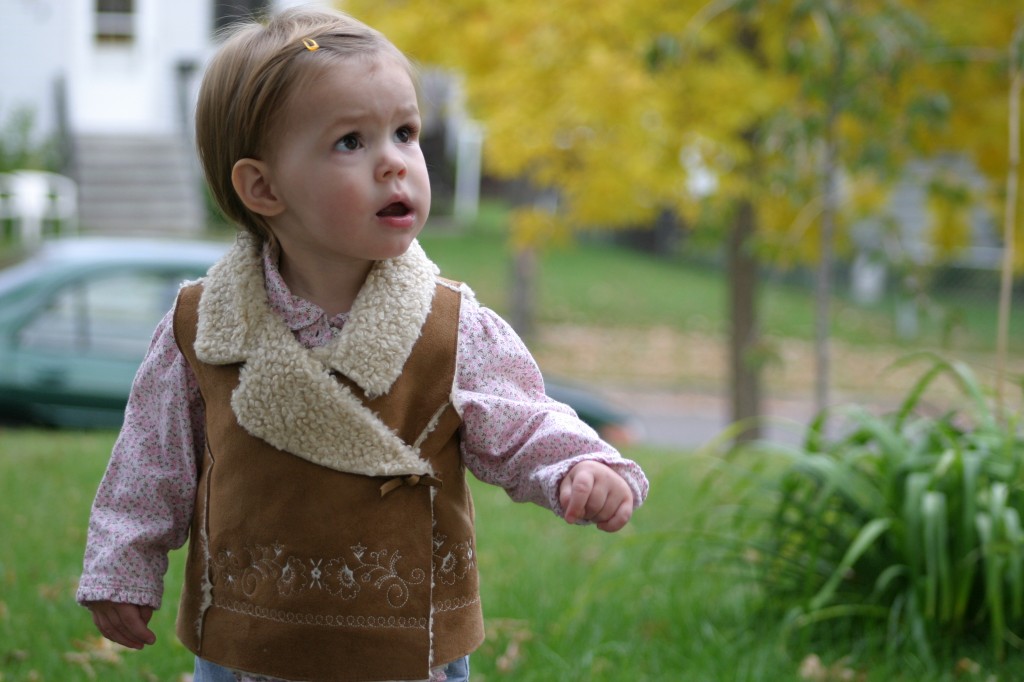 Can you imagine if that extreme cuteness was lost forever? If I would have known, I don’t think I would have slept at all in the last month.

Make sure you’ve got a file archive and backup plan

Where these photos should have been stored permanently was not on an old PC, but maybe some sort of multiple drive RAID system with mirroring. When one drive fails, the other still has everything backed up and you simply swap in a replacement for the junk drive. Going forward, my goal is to have all digital files as important as photos and videos in at least two physical locations (hard disk) and at least one but ideally two virtual locations (online backup, Flickr, Dropbox, etc).

For the past few years I’ve done a pretty good job at keeping our current MacBooks backed up to Time Machine, and I’ve also been a satisfied customer of Backblaze for automatic online file backups (affiliate link). Backblaze essentially backs up any files on your machine as they change, and they do it for a whopping $5 per month for unlimited storage (they back up your external drives, too!). This is also nice as a web developer as I can go back and get previous versions of code that I was working on the day before. Other services like Mozy and Crashplan have similar backup functionality as well.

Seriously, if you don’t have an existing plan in place, a great first step is to get signed up with one of these online backup services. They are easy to use and offer you a cushion until you get a full plan of attack figured out.

I know that if I had installed a service like Backblaze onto my old Dell Optiplex, I could have simply tossed the crashed hard disk into the trash and downloaded those 50 GB of photos directly from the Backblaze website. But for some reason…some ignorant, stupid reason…I didn’t.

I was lucky to salvage my files, but I have now learned my lesson.

How about you? Have you ever lost valuable data due to the lack of a basic backup plan? 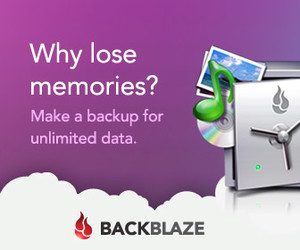 Do you have a backup plan?

Backblaze has save us many, many times. They're dependable, super affordable, and help you sleep better at night.

Dave Yankowiak is a WordPress developer and veteran of all-things-web who first founded Lift Development in 2007. He is a graduate of Bethel University and currently resides in Grand Rapids, MN with his wife and three daughters. He enjoys guitars, vinyl records, fishing, canoeing, camping, board games, books, and lots of coffee. Lots. Feel free to engage him on Twitter at @daveyank.